It started just before Christmas, December 23 to be exact. Eleri woke in the night complaining of a pain in her leg. For her to wake and ask to come into our bed is not unusual. We try to put her back which ends in some kind of hysterical response from her and us having to calm her down. This was time was no different, except for the mention of the leg. I did believe her, but I put it down to a strained muscle. She had been trying to ‘get her splits’ for gymnastics. I assumed that all the stretching, jumping and straining had resulted in an injured muscle.

After Christmas Day, we decided to go back to Wales to spend some time with family. On the journey home, Eleri woke up screaming saying that her leg was hurting. We took her to an emergency appointment at my parent’s GP. The doctor examined her, watched her walk and checked for swelling. He decided all was ok; if it carried on, she could be taken to A&E. We didn’t take her because she stopped complaining, so much so we went to soft play and zorbing!

The next time we saw a doctor was a few weeks later. She was still complaining of pain waking her in the night, not every night, but now and again. I had my suspicions that she was playing on it, but couldn’t be sure. Again I took her to the GP, who examined her and thought that there could be a problem with her hip. She sent us for an X-ray and referred us to physiotherapy. While we were waiting for the results, Eleri was not to take part in any of her sporting activities. The X-ray came back clear, we were told she could go back to her clubs, take it easy and wait for the physiotherapy appointment. Eleri was thrilled, it meant she could compete in her gymnastics competition. She came 1st on the floor and placed 2nd overall. She was so proud and utterly thrilled – as were we. It also reaffirmed in my mind that there couldn’t be too much wrong with her leg if she had won a gymnastics competition. By this point we had reached the beginning of February.

The following weeks went by with very few incidents. She didn’t seem to wake up in the night and she wasn’t complaining of pain. However, her behaviour was gradually deteriorating. She would become hysterical over the smallest things and impossible to talk to or reason with. She would shout at us, stomp off, tell us she hated us and, on occasions, be very mean to her brother. She was also refusing to eat. Again, we have had difficulties with her eating, but this was far worse. We didn’t recognise it as a loss of appetite, just thought it was a phase. We made a similar assumption about weight loss. She had grown taller and seemed to slim down. Most children do this as they grow and it wasn’t something that we were worried about. We didn’t link these symptoms together. It never occurred to us that they might all be related. What we now know is that this type of sarcoma presents with intermittent pain, often in the long bones of the arms and legs. Not only that, the pain comes and goes and is often at its worst at night. Children who have developed Osteosarcoma can also have a loss of appetite, weight loss and lethargy. With hindsight it seems that Eleri was suffering from all of them.

In the week starting the 26 February the ‘Beast from the east’ arrived in the UK. It brought extraordinarily low temperatures, ice rain, snow and blizzards. As the temperatures fell, Eleri was playing netball outside for her PE lesson. He leg started to hurt and it was so bad that her teacher sent her in to get changed. By all accounts she was very upset; her teachers were concerned enough to call me. I booked a doctors appointment for the following day. Again, the doctor examined her and this time pushed exactly where we now know the tumour is. Eleri reacted instantly saying it hurt. However, the doctor then distracted Eleri and pressed in the same spot and she didn’t offer the same response. The doctor felt the same way I did; she wasn’t sure there was anything major wrong but wanted to hurry the physiotherapy appointment.

Eleri still wasn’t herself. Thursday and Friday she spent a lot of time sleeping. This was very unusual. She didn’t want to move from the sofa to do anything. Friday night was the game changer. She woke up screaming and was inconsolable. It was terrifying for us and her. She came into our bedroom and we were unable to calm her down. The more we tried to placate her, the worst she got. She kept saying “I want to go back to bed” but was refusing to climb the ladder up to the top bunk. In the end, Rob had to lift her and put her in himself. We decided that we were going to take her to A&E the following day.

She woke Saturday morning in good spirits but by early afternoon she was finding things difficult again and we headed to A&E. They did an initial X-ray of her knee which seemed fine. On closer inspection the consultant noticed a swelling of the femur and wanted some more pictures taken. After looking at the new X-ray they told me that she had a stress fracture but it was healing. I felt terrible. It’s not that I hadn’t believed her, I just thought she was over exaggerating. What was strange was that we couldn’t pin point a trauma that would have caused a fracture. The orthopaedic team were called, and they did their own examinations. They decided that we were to come back the next week for a MRI because they wanted to do some further investigations to ascertain what had caused the fracture. Little did I know that things were about to get a lot worse.

Never in our worst nightmares did we think it could be cancer, but it was and is. The rest of our story is one of standard diagnosis. The MRI showed a tumour that ran the length of her femur and had spread into some soft tissue. She would need a biopsy to discover exactly what the cancer was. Initially they believed she had Ewing’s Sarcoma, but the biopsy confirmed Osteosarcoma. This is still a rare bone cancer, just a different type. Only between 25-30 people between the ages of 10-25 are diagnosed with this type of cancer a year. In a girl of Eleri’s age, it is even more rare. Anyone that is familiar with our family will know that we seem to attract rare and dangerous conditions. Clearly this is going to be no different!

So here we are today – the beginning of the end of Eleri’s Osteosarcoma . In total, there will be six rounds of chemotherapy, with an operation on her leg after the first two. It’s time to dig deep, stiffen our resolve and kick the cancer monsters out. Taxi for Osteosarcoma please! 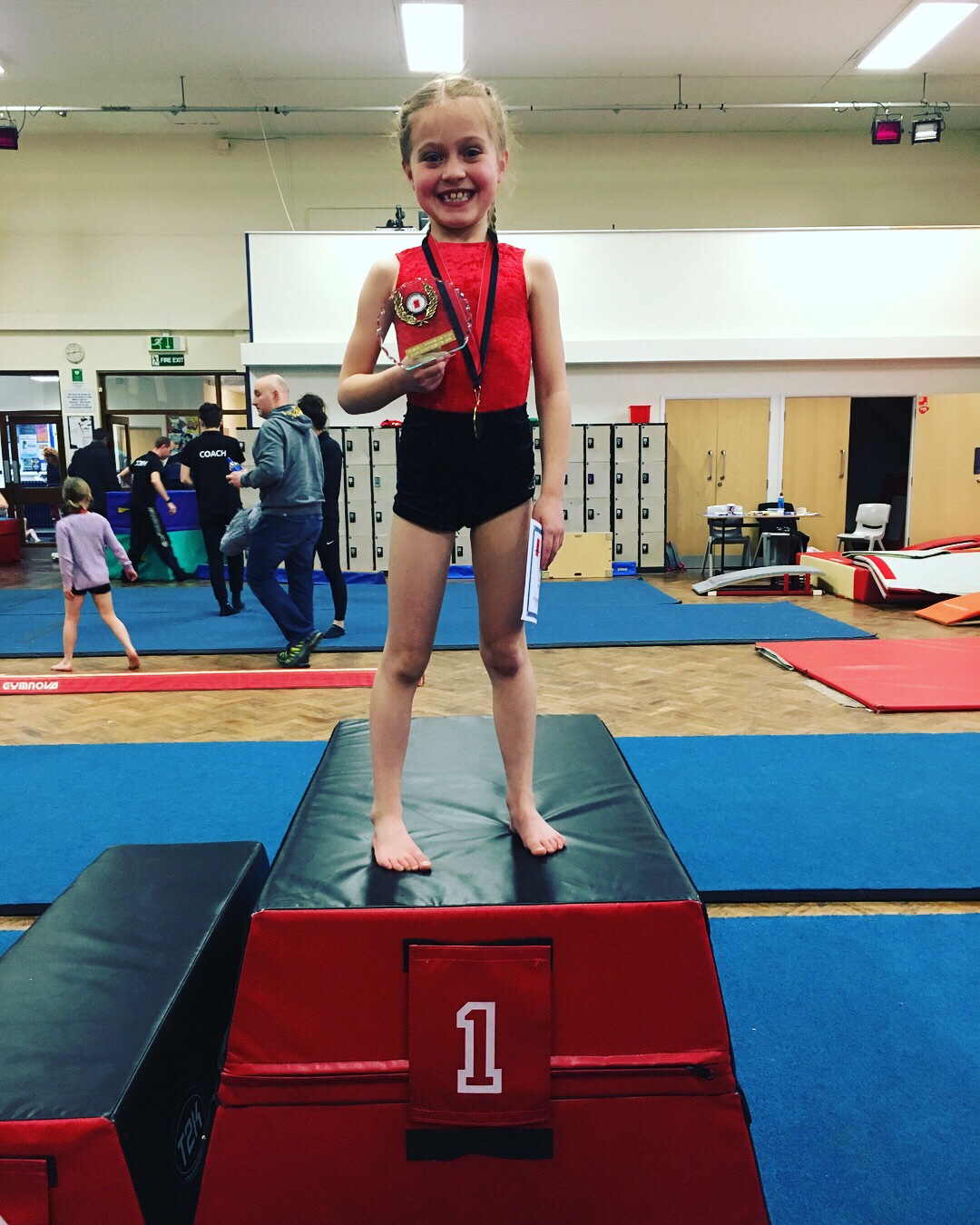 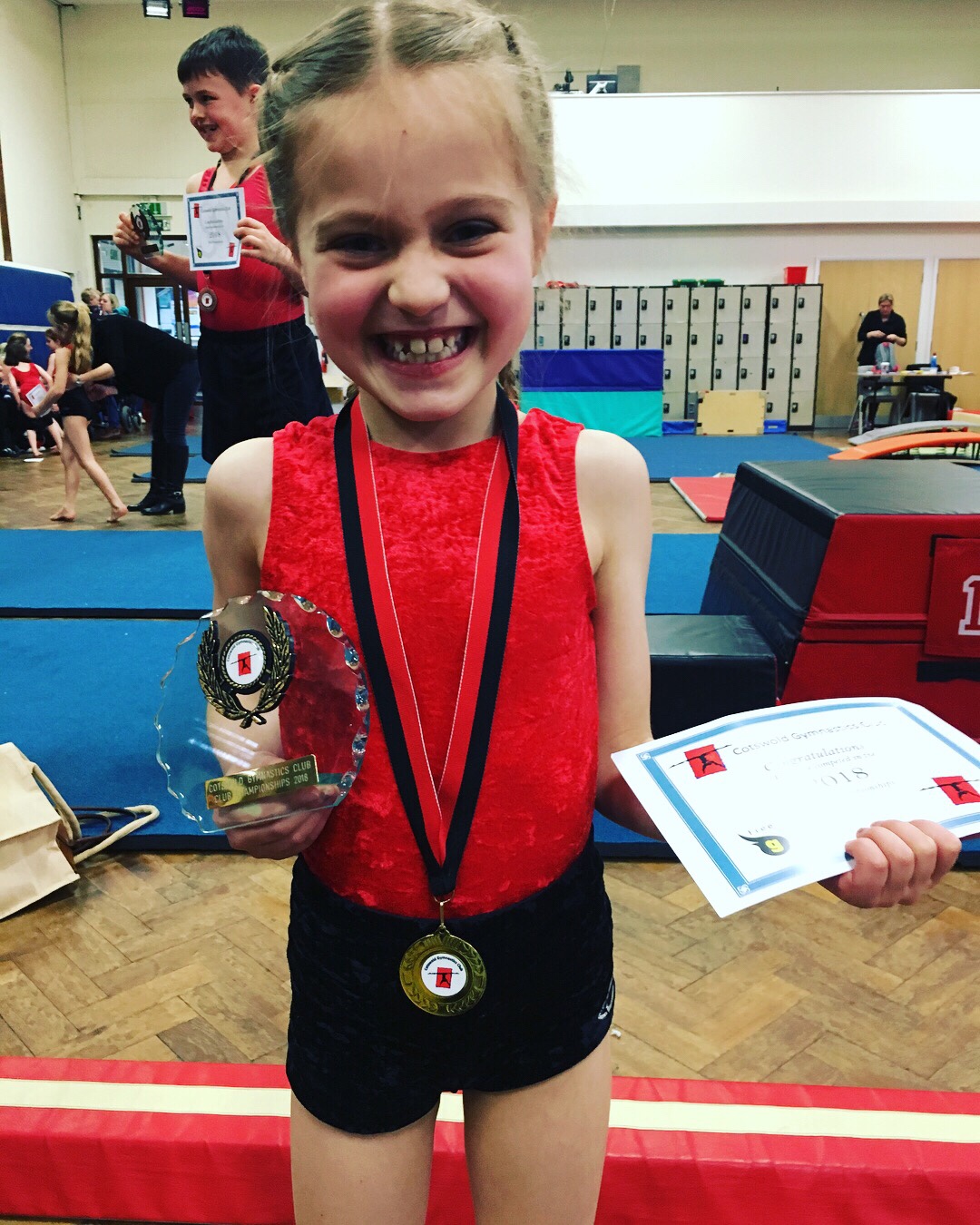 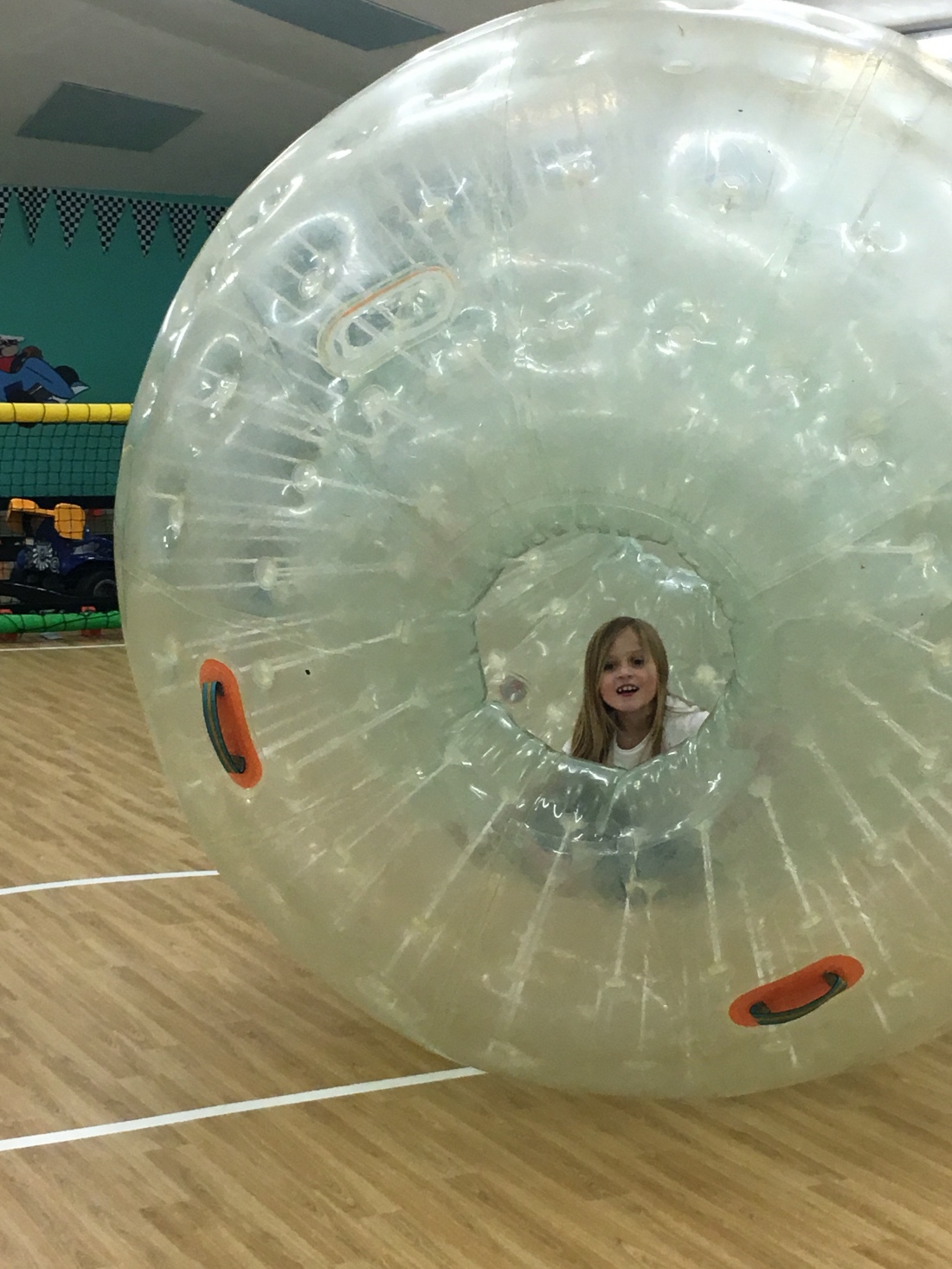 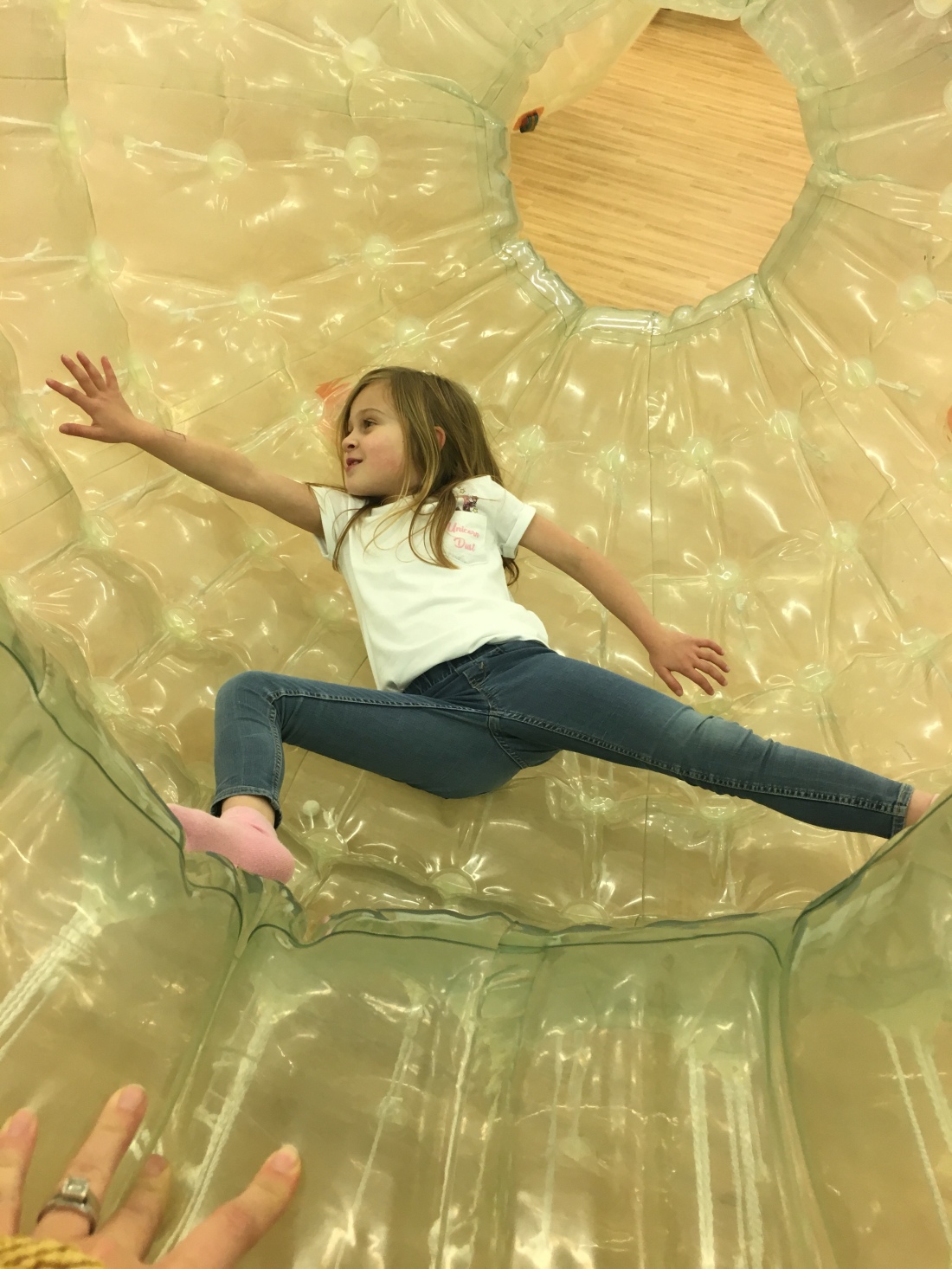 Happy birthday sweetheart. Eleven years old today. You were my first baby and taught me how to be a mother. Thank goodness you were strong because you needed all your strength to live your very short life to the absolute max. Not a day goes buy where I don’t think about you or who you could have been. Love you forever x x x x
Loading Comments...
%d bloggers like this: